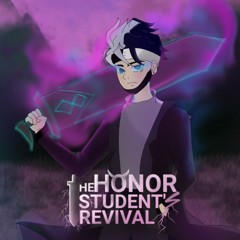 Marks — magical tattoos that appear on someone’s body and allow them to use magic. It has six elements and divided into two: higher attributes and lower attributes. Higher attributes include Air, Water, and Earth marks while lower attributes hold Fire, Light, and Sword. But what will happen if you are born without mark? Kuro, who was the top student of his school got killed by his only friend. After dying, he found himself getting pulled out from a dark tunnel. He then realizes that he got reborn — with his memories. After finding out that he will never manifest any of the Marks, his mother threw him away. He ended up living in an uncanny forest with a strange dead-looking people. After turning five, Kuro found out that he has magical energy that is essential in using magic but he’s never got a mark. What journey could be waiting for him? What could be the purpose of his reincarnation?
Report this series