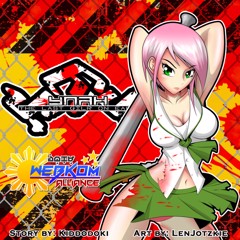 YNAH THE LAST GIRL ON EARTH

YNAH THE LAST GIRL ON EARTH

In year 2035, where technology arises and almost all diseases has cure, a sudden increase of population happened resulting to shortage of human basic needs such as food and water. In order to maintain the balance and stability on earth a group of neurovirologist in Manila, Philippines conducting a research and experiment called Viruscus Anti Genarated Inflation of Nation Aid, or simply operation V.A.G.I.N.A. It is a virus that can annihilate the cells use in producing a human. As they realeases this virus, it reacted to air causing it to evolve and instead of destroying the female cells it kills them resulting to a mass extinction of female on earth. 2 years later, Ynah Lakihati an immune 18 years old high school student is now on an adventure to solve the mystery behind this human made virus.
Report this series