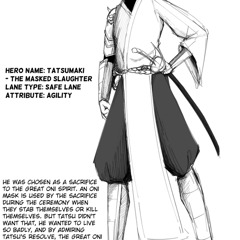 In the year 2010, with the election of a new president, the Philippines began to take a turn into a new cyber-centered country. With newly discovered technologies, the Philippine economy started it's focus on cybernetics and E-sports. 10 years later, the washed up Bakubaku Highschool, just started it's own e-sports club but lacked members. The only current members, Frei Valdez and Izmael Castillo would one day meet the fated member who will soon save their school and take them to the top
Report this series