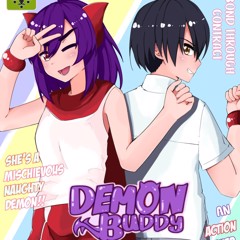 Zein, a 19 year old student was on his way home when he encounters a demon named Peach. She claimed to be the 13th member of the Thirteen Demon Representatives, who were assigned to purge 100,00+ Monsters that escaped the abyss currenty roaming the earth For Demons to remain on earth for a prolonged period, they require a contract. An agreement of companionship with the penalty of Eternal suffering at the river of flames if not fulfilled Will this partnership be able to combat the supernatural, all while abiding to a contract?
Report this series